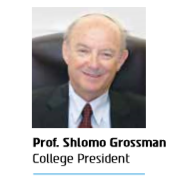 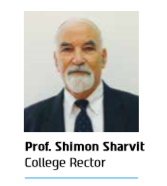 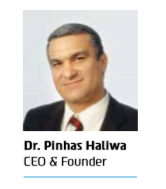 AAC employs a cadre of experts in various fields. The late Professor Moshe Many – former President of Tel Aviv University served as the president of Ashkelon Academic College from 2002 to 2012, drawing on his leadership abilities and years of experience to build up the college during the decade of his tenure. Professor Many was the recipient of the Ministry of Health Lifetime Achievement Award for his role in developing the urological field in Israel as well as for successfully promoting ties with other countries, including some Arab states. He took an active part in numerous organizations and academic institutions, and was involved in fundraising activities.
The current president, Professor Shlomo Grossman, served from 2003 to 2009 as Chairman of the Council for Higher Education’s Planning and Budget Committee. Beginning in the 1960’s and up to his appointment as chairman of the committee, he served as a leading molecular biologist and carried out important research on fats and antioxidants. At Bar-Ilan University, Professor Grossman served in senior positions in the university’s academic administration, including that of Vice President of Research. Professor Grossman served for many years on the Israel Science Foundation, and today is a member of the European Academy of Sciences and Arts. In this capacity he has devoted himself to promoting excellence in academic instruction and research, advancing research-and-development programs, and fostering partnerships between Israeli academia and leading research institutions in Europe and the United States. Professor Grossman also promotes efforts to offer a broad range of academic subjects to the previously under-represented, especially those living in the geographic periphery. Thanks to his efforts AAC has inaugurated a new School of Public Health
Professor Shimon Sharvit – the college rector, previously headed Bar-Ilan University’s Department of Hebrew and Semitic Languages as well as its Institute of Lexicography, and he serves as a member of the Academy of Hebrew Language. His main area of research is the language and style employed across the spectrum of Tannaitic literature. When the college was first established, Professor Sharvit was appointed by the senate of Bar-Ilan University to supervise its satellite institution in Ashkelon. He recruited quality lecturers, created small classes to facilitate a personal touch and intensive study, and organized special funds for remedial classes for students with disabilities.
Ashkelon Academic College founder Dr. Pinhas Haliwa, an attorney with a doctorate in political science, has been serving as CEO of the college since 1987. Dr. Haliwa was initially appointed the director of the college when it was the Ashkelon branch of Bar-Ilan University and, with only fifty students, in imminent danger of closure. Recognizing the potential of the college, Dr. Haliwa supplemented its offerings with a broad variety of pre-academic opportunities as well as an engineering studies program with the support received from Project Renewal, a joint enterprise of the Israeli government and the Jewish Agency to assist distressed neighborhoods. The student body increased significantly, academic and pre-academic programming increased accordingly, and the college soon became one of the largest in all of Israel. It was in the wake of this outstanding growth that Ashkelon Academic College became an independent institution in 2000.